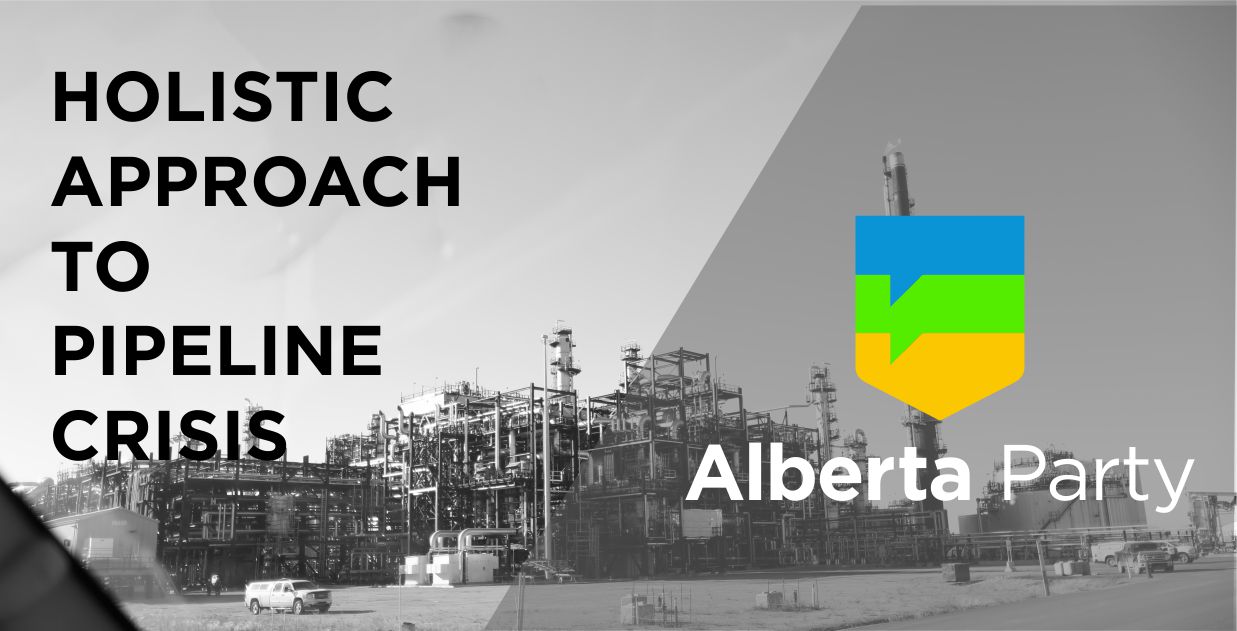 “We’ve proposed to protect Canadian energy producers by instituting a $2 surtax every barrel of foreign imported oil from countries that aren’t certified to meet the same environmental, human rights, and labour standards as Canadian oil – with funds generated dedicated towards purchase of oil tankers as a mid-term solution to getting market access.

“We have proposed proceeding with Phase 2 and 3 of the North West Refinery project which will create over 8,000 skilled trades jobs, and have a faster turnaround to production being online than Premier Notley’s suggestion to build a new refinery – adding value and a higher return on investment on product that does make it to market through existing infrastructure.

“Besides adding value to Alberta product, the NWR project includes innovative CO2 recovery processes that reduce the intensity and carbon per barrel produced, displacing product refined in other jurisdictions that have lower standards for CO2 emissions.

“We have proposed a comprehensive public relations engagement department embedded in our Economic Development ministry that will promote the benefits of Alberta energy for the environment while supporting the prosperity of all Canadians from coast to coast.

“As highlighted today in the Globe and Mail, even Indigenous proponents such as the IRC are skeptical about the ability of investment to occur under Bills C-48 and C-69 as they are currently written, and are asking the federal government to make amendments. To this end, we have made a submission to the Senate on our intention to testify before committee on amendments to ensure Bill C-69 does not devastate future economic development opportunity in Canada.

“An Alberta Party government will give all Albertans the confidence that we will work productively, proactively, and innovatively to get the best value for our resources and unleash the full potential of our province and its people,” concluded Mandel.

The Alberta Party is committed to Alberta, and to the values of prosperity, fiscal and social responsibility, environmental sustainability, accountable government, and strong communities