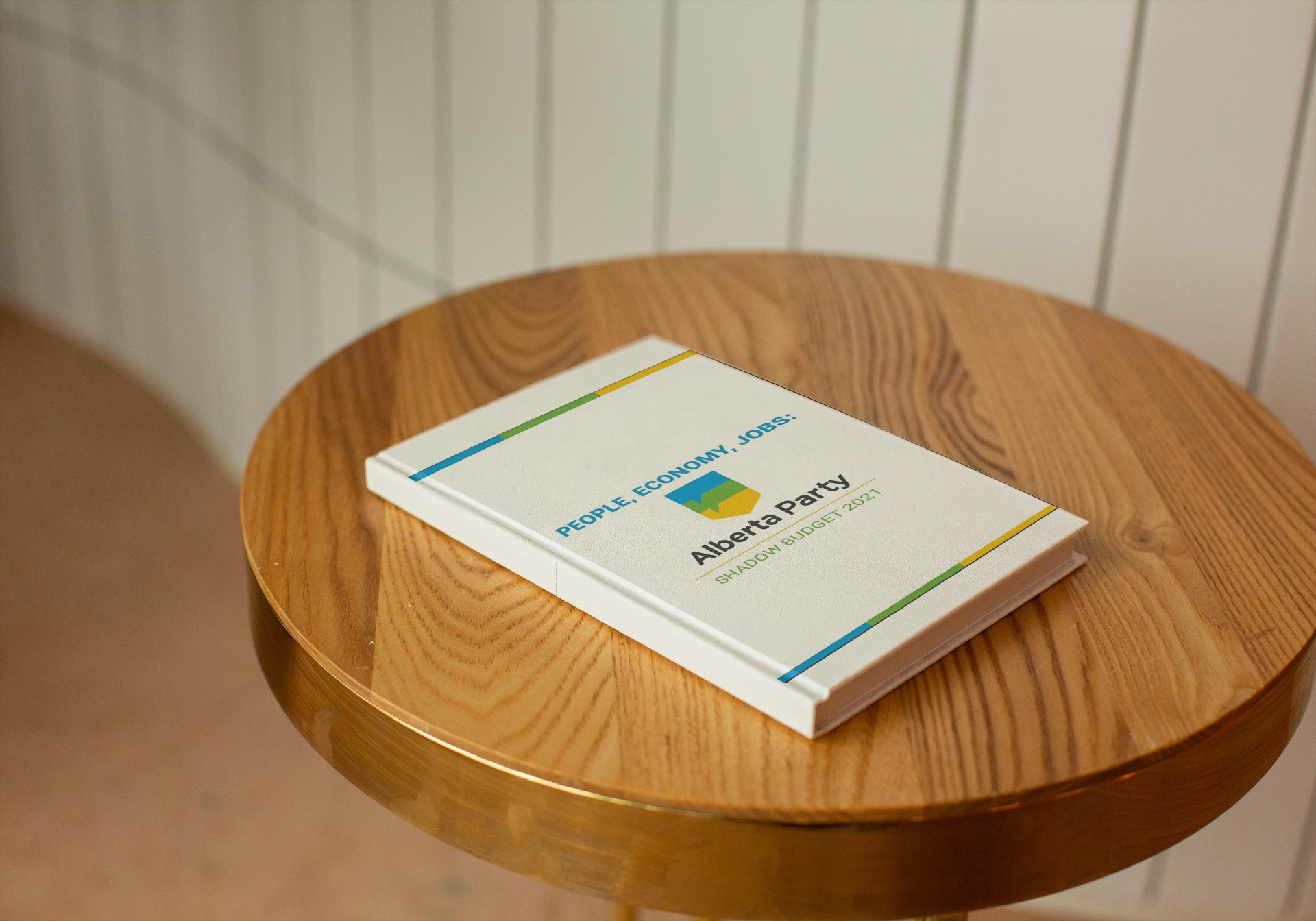 Every year since 2015, the Alberta Party is the only party to have released a Shadow Budget. This exercise helps show Albertans where the Alberta Party priorities are in a simplified view of the province's finances. Since 2019, volunteers on our Shadow Cabinet and Finance committees have taken on this effort.

The COVID-19 pandemic, combined with an oil price collapse, has decimated Alberta’s economy. Untold numbers of Albertans are working less or are out of work altogether. People are struggling to feed their families, putting their futures on hold, and facing uncertainty not seen for a generation.

Distribution of a vaccine is starting, but it will be some time before life is back to normal. Until that occurs, our economy cannot fully recover. And because economic growth is so tied to the pandemic, and jobs have been lost across all sectors, solutions must be diverse. Therefore People, Economy, Jobs is a phased approach to economic recovery.

People, Economy, Jobs posts a $16.5B deficit in 2021-22, and a $6.2B deficit in 2022-23; one billion less than the current government’s projections. We will do this by exercising fiscal responsibility while still looking after the people of this province.

In addition to responsible fiscal restraint People, Economy, Jobs introduces a budget scenario with a 6 percent HST in contrast to one without. A policy change of this size would not be implemented without a referendum, and a commitment to reducing spending to show Albertans it is part of an overall plan to restore fiscal sanity.

It would not be proposed until the worst economic effects of the pandemic have passed. Because an HST unduly affects low-income individuals and families, we would also propose a refundable tax credit just like the GST and exempt necessary goods and services such as groceries.

This is not a policy directive, but the beginning of an essential conversation we as Albertans must have.