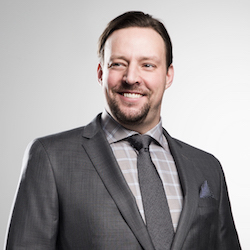 Tish Prouse is a proud resident, business owner, and big advocate of the communities in Edmonton Highlands-Norwood and the diverse people that form them. He believes in investing in this area, helping its residents become connected, all the while protecting its history in harmony with the revitalization happening around us. He has demonstrated this belief by investing in small, local historical properties and refurbishing them, attracting new business and customers for the area, increasing the city's awareness of the riding in our evolving urban culture. Tish was the president of Eastwood Community League at a time when the future of the league was in doubt. With his team-building efforts and networking skills, the league board not only stabilized the organization, but increased membership, secured long-term usership of the community spaces, and even generated a renewed sense of ownership among some key groups in the community. This has helped to reduce crime, grow confidence in business, and help solicit the area's position in city planning initiatives as a strong and important community.

Tish graduated with a Bachelor of Arts Honours degree from the University of Alberta and a Master’s degree in Archaeology from University College London. For several years Tish was a member of the Ancient Merv Project, as well as a supervisor at several UNESCO World Heritage sites in Turkey, Kazakhstan and Turkmenistan. Tish is fluent in a several languages including French and Russian, with a working knowledge of Arabic, Turkish, German and others. He also has leadership and business development certifications from Base Over Apex, The Brooks Group, and the Canadian Professional Sales Association, as well as sport credentials in martial arts.

Tish worked overseas as an archaeologist until his return to Edmonton to look after his family’s affairs. Like all of us, he has had to adjust to the province’s economic downturn, working in sales and urban renewal. Today, Tish is a small business owner, property investor, and works in construction equipment sales.

After campaigning municipally in 2017, Tish realized that issues that matter the most to him needed to be brought up and better dealt with at the provincial level. The solutions that municipalities need, especially regarding homelessness and small business development, must be managed with the provincial government’s partnership. His diverse background is unmatched by many candidates. He has changed careers, felt business loss and rejuvenation, seen both success and failure, and sought both private and public solutions to problems, funding, and social justice. Tish's anthropological experiences and language skills allows him to have a good rapport with many diverse people, to unite them in community projects and initiatives. As MLA, you can rest assured that he will take all the necessary steps to ensure our community is also well taken care of.

Tish has volunteered for the University of Alberta's museum collection and archives, as well as with the Provincial Museum of Alberta. He is always at the ready to volunteer with Eastwood and Alberta Avenue venues and events, and has helped with cultural functions for Treaty Eight groups, the Chinese Business Association, and Islamic Relief. While studying abroad, Tish volunteered in London's Inner City school program as a mentor tutor and classroom assistant. He also greatly enjoys volunteering his musical talents for churches and senior citizens' community functions.

Tish is married to Larissa, his wife of twelve years. Together, they have one young son, Hugh. Tish’s family settled in the Edmonton area in 1892 as one of the founding homesteading families, and has been involved in farming, insurance, journalism, the arts, and hospitality niches of our local business landscape. He has been intimately connected to our region's political, business, and cultural changes for the past forty years.

Tish enjoys an active lifestyle participating in summer and winter outdoor sports and activities, enjoying our city trails and practicing martial arts with his son. He also enjoys trying out with his family the many small, family-owned restaurants on Alberta Avenue and throughout the city. An active musician, he has been known to fiddle away with local Celtic and Folk music groups, baroque music ensembles, and the occasional string quartet. Tish is a passionate animal lover.