The UCP needs to hurry up on hydrogen 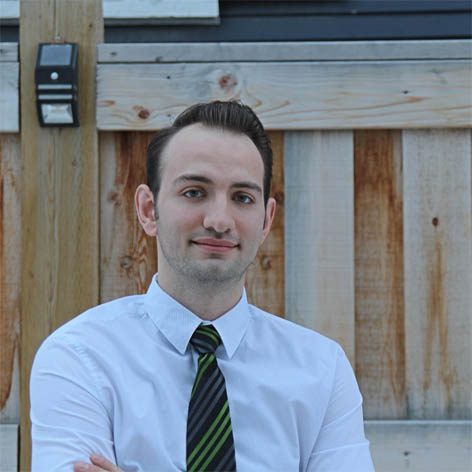 Jason Kenney and the UCP frequently fight Justin Trudeau and the Liberals on every step they take to attempt to decarbonize the Canadian economy. This may or may not be an effective political strategy but it will certainly do lasting damage to the Albertan economy in the long run. The world is not going to stop using oil and gas anytime soon but the part often left out is that the world will also soon begin using less and less of it. The British oil giant BP recently predicted that oil demand will likely have peaked in 2019 and will surely peak before 2030.

Without the growth in oil demand that we have gotten used to, we will have drastically fewer new construction projects, and dramatically fewer jobs coming from the Oil and Gas sector. No amount of fighting the federal government can change this. Alberta needs to find exports that have future demand growth, and fast.

Decarbonizing our economy may sound “progressive” but even many conservative jurisdictions have already started to clue in that new low carbon industries are essential for continued economic prosperity. Alberta is falling behind and the UCP needs to catch up.

In the UK, the conservative Boris Johnson has announced a £160M offshore wind plan to bring more wind turbine manufacturing into the UK. Johnson’s vision is that by 2030 “offshore wind will be powering every home in the country”.

In Ontario, Doug Ford has recently presided over multiple announcements of big manufacturing plans for electric vehicles (EVs) in the province. When elected in 2018, Ford initially was hostile to EVs, killing funding for charging infrastructure, eliminating the province’s EV rebate, and fighting the federal carbon tax. In 2020, Ford has reversed his position and is now “all in” on EVs and EV manufacturing in Ontario. Ford even worked with Trudeau and auto unions to get more manufacturing deals done and bring climate-compatible jobs to the province.

Both Boris Johnson and Doug Ford have risen above fighting climate action for petty political points and found ways to apply their jurisdiction’s competitive advantages to the low carbon economy. Doug Ford even overcame past differences with Justin Trudeau to do so. Alberta desperately needs Jason Kenney to start acting the same.

Alberta needs to find what competitive advantages it holds for the low carbon economy. A big advantage turns out to be its natural gas reserves, but not the way Kenney and the UCP typically think. Hydrogen is an emerging low carbon fuel that only emits water when used. It is produced either from water or methane. Many visions for hydrogen production see water as the future feedstock for hydrogen production, typically called Green Hydrogen, but this production method is still expensive. Production from natural gas using carbon capture, called Blue Hydrogen, is much cheaper, especially in Alberta, and especially Alberta’s Industrial Heartland. Alberta is sitting on some of the cheapest Blue Hydrogen on the planet and we need our government focusing on how to develop that resource and get it to market.

The UCP seems to slowly be clueing in to this way of thinking but we need them to hurry up. The recent Natural Gas Vision and Strategy devotes 3 out of 25 pages to Blue Hydrogen development. However, these 3 pages only commit to far off targets and plan-to-make-a-plan language, instead of illustrating what can be done now. This is not enough.

We need the UCP to speed things up. Simply committing to consult with industry over the next few years and release a plan in time for the 2023 election is not good enough. Talks and deals for the emerging hydrogen supply chain are happening now. Australia, another currently conservative jurisdiction, released its own Hydrogen Strategy in November 2019, and has already signed memoranda of understanding for supply chain development with Japan and South Korea.  Where is Alberta to be found in these talks?

The Alberta Party recognizes that we need to future-proof our economy for the coming energy transition. Our forthcoming Hydrogen Plan will pitch how Alberta can develop this resource without breaking the bank. An Alberta Party government will focus on extracting wins for Alberta out of the federal government rather than reflexively fighting it. On hydrogen, and so much else, Alberta cannot afford a UCP government that will choose fighting climate action and Trudeau over developing the resources of the future.