The Alberta Party stands with our Black, Indigenous, and People of Colour neighbours. But we also want to sit down to talk with them. Our society is having uncomfortable, important, tough, and long overdue conversations about race, prejudice, and justice. We want to see these conversations continue and translate into systemic change. If you've got ideas about what that change should look like: we'd love to hear from you. And if you want to share experiences of how racism has impacted yourself or other Albertans: we'd love to arrange a conversation with you and Jacquie or a member of our board so that we can learn from you.

To keep this conversation going, we've collected some thoughts from members of our party. As you read them, we'd like to hear your thoughts. 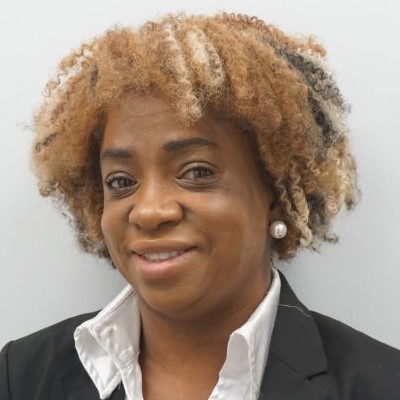 I want to voice my concerns as a Black woman and bring awareness about the subject of minority groups that face racism in Edmonton and talk about how we can enact change in our system because, if not now when? And so, recently the death of George Floyd who was brutally lynched in broad day light by police officer Derek Chauvin and his colleagues brought me to a new place. I am angry and yes, I can now officially be labeled “the angry black woman.” I  accept this stereotype.

But let me go back to my personal experiences where racism has directly impacted my life and the lives of other Black people in this city.

As a black woman I have faced racism on many levels. I have been fired from jobs without just cause, told by white bosses that I can be fired “just because.” I have carried this for over a decade.

I have been harassed at work, every day, a joke to my oppressor. I remember a slammed door in my face. It affected me physically, my whole body was shut down, and then mentally, manifesting itself through mental illness. I am not the only one; many black women who have earned their degrees cannot find positions as easily as their white counterparts. We want legal accountability, not affirmative action, which only perpetuates the sense of segregation.

So many times we find ourselves in situations where we cannot adequately provide for our families because of this unfair dismissal from work. Systemic racism is rampant. To People of Colour, it feels deliberate.

We need immediate change. It is time that I lead change in my community. I will no longer sit back and watch my community suffer from racism and injustices, such as police brutality, carding, and racial profiling.

Criminalizing our young black, Indigenous, and People of Colour has a direct impact on the families they leave behind. Our women and children are shamed and labeled as single mothers and fatherless children when their partners goes to jail for minor crimes. This continues the cycle of poverty and this is where oppression continues. Restorative justice, instead of jail time, could break this cycle.

“There is no denying the hardship and pain Black, indigenous, and people of colour in Alberta face, every day. That has got to change.

The Alberta Party strives to celebrate diversity and inclusion. We firmly rebuke prejudice. We want to see a province where ALL people are treated with equality, dignity, and justice.

But we know that we as a party also have our work to do. Like all institutions, we need to do better.

There’s a well known parable about a shepherd who has 100 sheep. 99 of them are happy and safe. But 1 isn’t with the flock. So the shepherd leaves the 99 to go and find the one. The one sheep is lifted up and brought to the flock.

Most of our members feel fully included in our Party. But right now, we need to focus on those who might not. We need to lift them up and make sure they are heard. We need to make sure that EVERY person has a full voice.

And we need your help to do that. When we aren’t walking the talk, we need to be called out.

Help us learn to do better.”

“I joined the Alberta Party based on its commitment to “doing politics differently.” That is at the core of our identity.

And to be frank: that’s made it difficult for me to figure out how I want to see our Party respond to Black Lives Matter and the conversations it is generating. Because now more than ever, we can’t be about “politics as usual.”

Traditionally, politics is about grabbing power. It is about getting the most seats in a Legislature (or other democratic body) to have the power to implement your vision. And the conversations we’re having today are about how this power has failed people in our communities.

Black Lives Matters and the movement it is driving is largely a rebuke of our political system. And, as a party, we are part of that system.

I don’t want to see our party attempt to take ownership of this movement. Instead, I want to see us learn from, be accountable to, and help amplify the voices of those speaking out against prejudice. And I want the Alberta Party to be a conduit to help communities bring about the justice they are calling for.

Like all parties, we need to do better. I hope you will help us do that. Please share your stories about how racism has impacted you and other Albertans. Let us know how we can better represent your experiences and needs. And help us figure out what this province needs to do to bring about the systemic change it needs.”