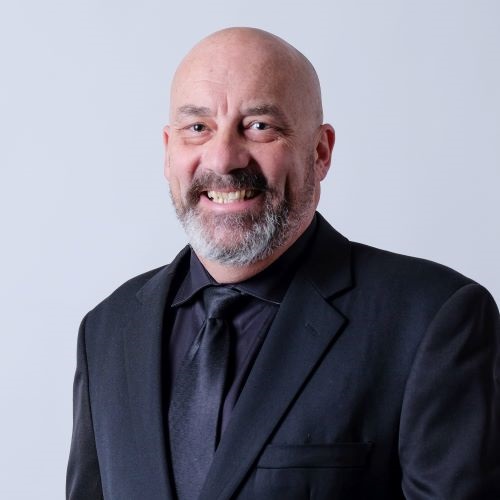 Paul Godard started working in the oil business in the early 80s, and the seismic industry is where he found his passion. After many years in the field, he worked his way into the head office in Calgary.  When the oil price crashed in November 1998, he found himself laid off like so many others– jobless and with very little hope for employment.

An opportunity appeared where Paul was able to use the skills he learned in the oil industry to reinvent himself.  After completing a three-year apprenticeship program, he became a Red Seal Structural Ironworker and Layout Surveyor.  Paul retired due to severe spinal injuries from a car accident that impaired him from doing his job safely and efficiently.  He is still an active member of the International Association of Bridge, Structural, Ornamental and Reinforcing Ironworkers 725.

Paul has been a volunteer for various community outreach programs for the last 20 years.

His early advocacy history includes working with the Calgary City Police Victim Services Unit.  Paul was frustrated with the injustice that victims suffered due to insufficient policy, even in the face of excellent police work.  He became cognizant of the issues that many people face when the system has oversights.

As a father of two, Paul sought to affect change in Alberta education.  He was a chair of School Council as well as the Educational Society, and a member of The Alberta School Councils' Association (ASCA).  They were able to implement change through effective cooperation and dialogue with the government towards a common goal.

As a director of the Crestmont Community Association, Paul implemented community activities for younger children and directed community cleanups.

After the unfortunate closure of the Legion’s Poppy Fund Food Bank, he reached out to one of the former employees about volunteering for the Veterans Association Food Bank. After being approved, Paul established corporate and private sponsorship to reconnect the veterans of Calgary.

Throughout his experiences working with the Alberta and municipal governments, Paul became aware of many areas that require improvement.  Paul decided to run because he saw an opportunity to do more than he already was, and he is confident in his ability to create change that will benefit us all.