The 'transformational' changes to Alberta's Advanced Education system announced today  by the UCP government are a mix of logical and untested ideas with little detail provided regarding their long term ramifications.

These policies are clearly based on the MacKinnon report and the path chosen by Ontario's Ford government, and a focus on institutional accountability to the public that funds the system is admirable.

Knowledge-based programs, however, may face what amounts to punitive measures depending on the final details of the new funding criteria.

Alberta producers should not be penalized for adhering to Canadian values

Albertans have been let down by subsequent governments in Ottawa.

The Harper Government - which included Premier Kenney - crafted an equalization formula that has failed to treat provincial resources equally. This unjust reality has created anger across the prairies.

Meanwhile, the Trudeau Government has passed legislation that targets Alberta’s ability to get its product to market, and inserts the federal government into provincial jurisdiction with regards to the development of new energy projects.

National unity and our province’s prosperity are at risk.

With this in mind, the Alberta Party is glad to see Alberta’s Conservative Cabinet working with its federal Liberal counterparts. Partisan politics have their place, but now that the election is over, it is time to put that animosity on the backburner. Our country works best when provinces are allowed to pursue their interests with the support of the federal government.

The Alberta Party is happy to announce the dates of the 2020 Annual General Meeting.  April 3-5th in Calgary Alberta.

To RSVP for Early Bird Tickets please RSVP on this link. 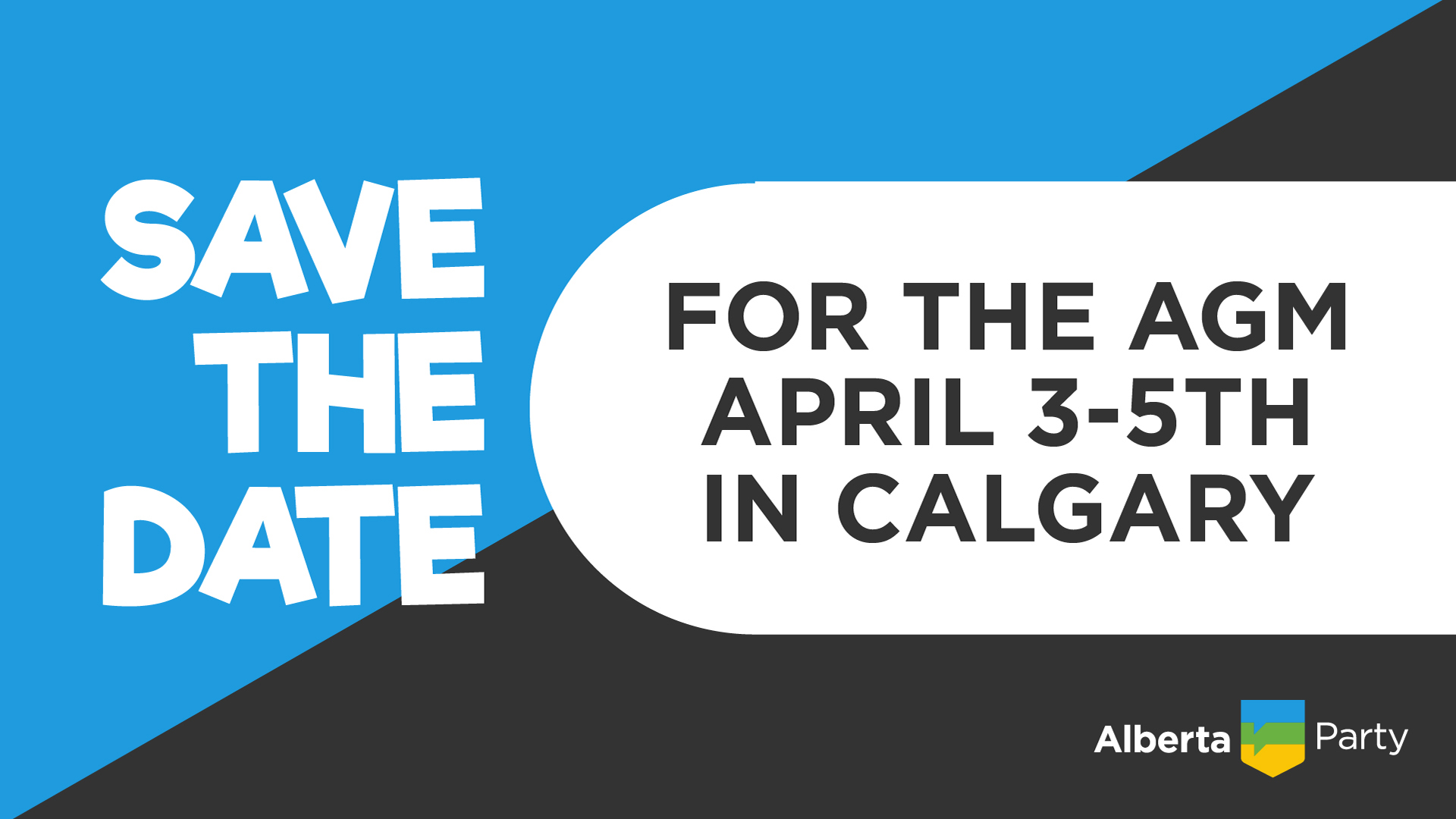 Bill 207 Answering a Question No One Was Asking

When private members Bill 207 was first tabled by Dan Williams, the Member for Peace River, on November 7, it set off a firestorm across the province. Recent corruption scandals have taken the spotlight off of the bill, and key members of the UCP have spoken out against it, but it too shows how the UCP are legislating on issues they did not campaign on, and care nothing of stakeholders, political opponents, or governing for all Albertans.

The bill, also known as the Conscience Rights Protections Act, seems to be the answer to a question no one was asking. It allows healthcare workers the ability to refuse care based on moral or religious grounds. This opens the doors for doctors to refuse providing birth control measures for women, referrals for assisted suicide to those who are suffering and have made the incredibly hard decision to end their life, or even care for patients who are members of the LGBTQ community.

Changing the Laws for Partisan Gain

Today Premier Kenney’s UCP Government introduced a bill that would fire the Elections Commissioner, Lorne Gibson, and threaten any ongoing investigation. The Government has invoked time allocation to prevent debate.

No one is above the law. This is a foundation of our society. The UCP have forgotten this.