The Alberta Party hit a milestone this weekend with the announcement of Paul Godard in Calgary -Bow riding, with a total number of 50 candidates across Alberta.

Many other Constituency Associations have nominations scheduled for the new year, with the commitment of having 87 candidates in the province for the next election.

The candidates are broad in their experience, background and all are committed to the Alberta Party Vision for Alberta.

To find out more about the candidates in your riding check our candidates pages.

If you would like to run in one of our open ridings you can find out more information here. 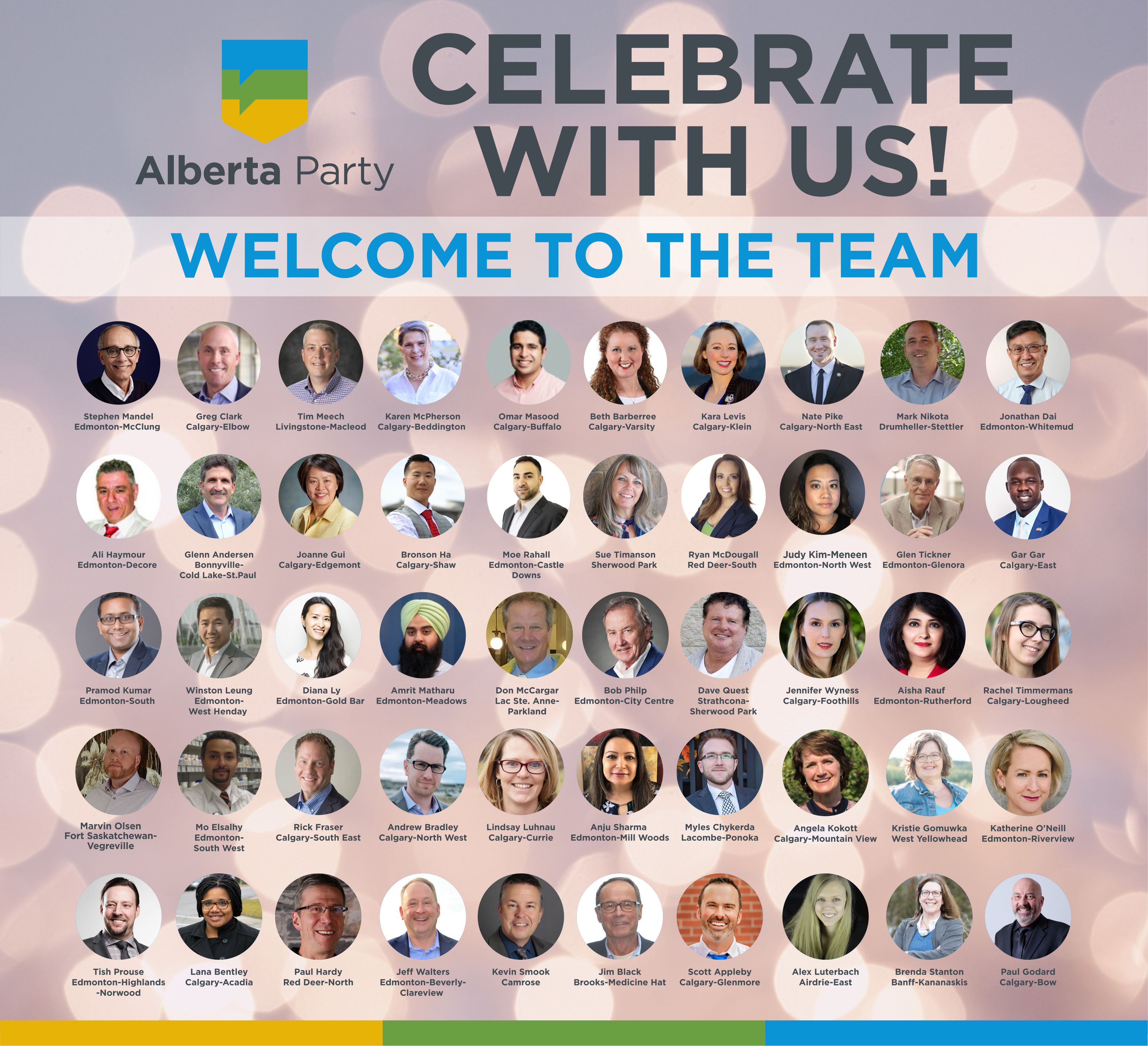 Our caucus is wishing all Albertans a safe and happy holiday season.

With things in Edmonton slowing down in preparation for Christmas, our MLAs took some time to share Christmas and holiday greetings.

For our last newsletter of the year, we would also like to take some time to thank all of our supporters. The work we do in the legislature is done on your behalf, and we couldn't do it without you.

We will return in the new year to keep you up to date on what our caucus is up to, but until then, Merry Christmas and Happy Holidays from the Alberta Party Caucus.

We Already Have a Made in Alberta Plan Ready to Deploy

December 11, 2018 (Edmonton) – “Today’s announcement by Rachel Notley’s NDP about pursuing an expression of interest in the development of a new Alberta refinery is yet another example of this government’s indecision and reactivity,” said Alberta Party Leader Stephen Mandel.

“We already have a made in Alberta plan ready to deploy. Phase 2 and 3 expansions of the North West Refinery have the necessary regulatory approvals, are construction ready, and incorporate carbon capture – helping to reduce the environmental impact of upgrading our resources.

“It’s naïve to believe that with the increasingly restrictive regulatory burden the Province and Federal Government have created that this can be done quickly. Expansion of North West Refinery could be online within five years, where the Notley NDP plan announced today would take at least a decade to see a refinery come online.

MLA Karen McPherson speaks to the supports needed by the government and the work that needs to be done for sexual assault survivors.