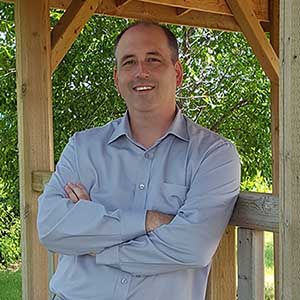 Mark is passionate about community building & development and has been doing it in Hanna, where he’s lived with his family for over 25 years.

In the years he’s been in Hanna, he’s been a business leader, community leader and now he’s putting all his experience and education together as the regional Economic Development Manager.

Before getting involved in public life, he was in business as a financial services manager for over 15 years. During his time in the financial industry, he learned that to be successful in any endeavor means surrounding yourself with great people – just like the Alberta Party.

Living in a small, rural town also taught Mark he had to get involved to make the community welcoming and sustainable. He got involved by sitting on numerous volunteer boards and committees, such as on the board of the Hanna Learning Centre; he’s been a board member and actor in the local community theatre group Stage Hanna; has helped coach his son’s soccer team; and has been a football referee for over 20 years.

In 2010 he decided that to really make a difference in the community meant stepping up and he became the Mayor of Hanna.

Not too long ago Mark also finished his Masters Degree in business and public policy because he believes that you’re never too old to keep learning whether it's at school or in life.