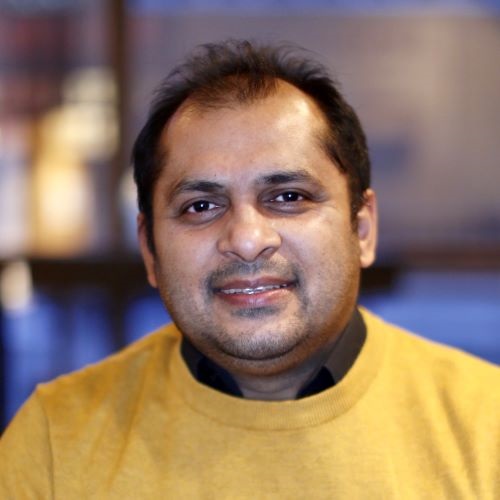 Manwar Khan has dedicated the last several years to raising public awareness of bullying across Alberta.  In 2006, Manwar graduated from the University of Lethbridge with a bachelor in computer science. After graduation, he started his career with Suncor Energy, one of the leading Canadian oil companies in Calgary. In 2007, he was offered a position with Alberta Public Service with the Ministry of Community and Social Services.

Manwar Khan’s motto boils down to four simple words: Don’t be a bystander. The 38-year-old was riding the Edmonton LRT home one day in late 2012 when he became witness to a devastating and ultimately fatal beating on a train car. He tried to intervene, but couldn’t do so safely. He appealed to other transit riders in the car but frozen by fear, none of them got up to help.

Khan understands the fear of other passengers in the face of such a brutal attack, but he was never able to shake the feeling that more could have been done. The victim, 29-year-old John Hollar, would go on to succumb to his injuries in hospital. His attacker was eventually sentenced for murder. “I wish we could have saved him,” Khan says of Hollar. “Can I guarantee that? No. But we could have said we tried, we could have said we did everything we could.”

The experience shook Khan to his core and sparked him to lead a movement to make our community, province, and world a safer place. “You can play a role. If you see something happening, don’t walk away. Say something and work together,” says Khan, a Government of Alberta Community and Social Services employee and Local 002 member. “That’s the message I’m trying to spread with my campaign.”

Khan came forward after news of the LRT attack broke, and received hundreds of messages from public officials and everyday Edmontonians alike, commending him for his efforts.  From there he built a movement, encouraging all of us to take an active role to make sure our communities are safe for all of us. He started with a rally in Edmonton and since then his message has taken on a life of its own, spreading to cities large and small, with more than 17 different rallies already.

“I'm doing this as an Albertan, and as a father of two children," says Khan. “I don’t want my kids to grow up in an environment where they are bullied or have to fear for their safety.” He isn’t backed by any big organizations but has received support from across the political spectrum, and from across the province.  Everyone from politicians to schoolchildren has heard his message.

His efforts were noticed by Canada’s Governor General, who invited Khan to Ottawa in July 2014 to receive the “Caring Canadian” award. Khan says he was honoured to be recognized and is more motivated than ever to continue spreading his message that we all have a role to play in eradicating bullying, hate, and violence. “I started this because I couldn’t save John Hollar,” Khan says. “I will not let this happen again."

The Alberta Party has displayed the characteristics that Manwar values in democracy, by welcoming debates and dissent. He is a proud Canadian and even prouder Albertan, who believes deeply in citizen engagement. Manwar and his wife have been living and raising their twins in Edmonton-Manning for last 8 years. He believes every good practice should start at home. And Edmonton-Manning is home for him and this community is my family.