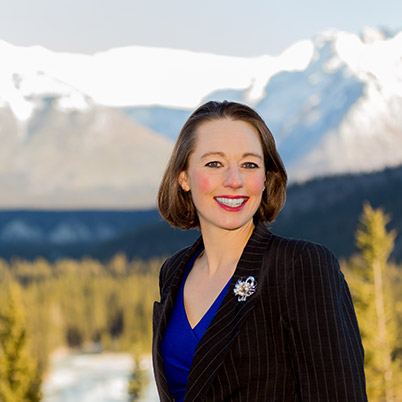 Kara Levis ran as the Alberta Party candidate for Calgary-Klein. After the election, Kara joined the Provincial Board where she is currently working as Provincial Organizer while also acting as Shadow Minister for Justice & Solicitor General.

Kara is a senior commercial lawyer with experience in the energy and tax fields. As a volunteer Kara has worked on issues of women in leadership and women in politics for many years. Kara Levis was the 2017 recipient of the Women in Law Leadership Award for Tomorrow’s Leader, as well as a recipient of a Young Women in Energy Award in 2018.

Kara was one of the co-founders of Ask Her, a non-profit organization created to encourage more women to run in Calgary’s municipal elections.  Kara frequently speaks to the media on the topic of women in politics, in both official languages.

In 2018, Kara ran for the leadership of the Alberta Party, placing second to Stephen Mandel. Kara’s political involvement also includes serving as campaign manager for candidates at the federal, provincial leadership and municipal levels, as well as many years on constituency association boards and a two-year term as the national leader of the women’s engagement arm of a federal political party.

Kara has a B.A. (hons) from the University of Victoria and L.L.B. and B.C.L. degrees from McGill University. Kara and her family have lived in Calgary for the past 13 years.