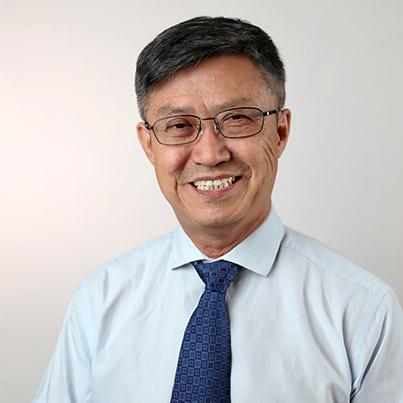 Jonathan is a strong believer in a balance between economic development and social justice. To him, Canada is a nation made up of all nations from all corners of the world. So, multiculturalism in a globalized economy not only means cultural enrichment but can also bring ample business opportunities to Canada.

Jonathan has worked on a wide range of jobs. He worked, when he was very young, in rice, sugarcane, and peanut fields in China. There he also operated machinery at a carbo factory where working conditions were harsh, and earnings were little. Through self-study, he gradually made his way and became a scholar, teacher, translator, community event organizer, entrepreneur, and business professional.

After he achieved his first Master’s degree and then taught in China, Jonathan came to Canada to study as an international student. He received his second Master’s degree from Queen’s University, and came to Edmonton in 1987 to pursue his Ph. D. at the University of Alberta. He received a Killam Doctoral Scholarship for his academic excellence, and a “Gold Key” award for his “volunteer contribution to the University of Alberta communities”.

In the early 90s, Jonathan served as Business Coordinator and then Acting Director with the Avenue of Nations Business Revitalization Zone Association in Edmonton.  Working closely with the local communities, he was a leader in planning and implementing many projects such as neighborhood improvement, crime prevention, festivals, and promotion of local small businesses.

Jonathan started his own business in the mid-1990s and has been providing assist services in immigration and employment. In 1997, he was recognized for his “creative work and outstanding contribution to the economic development in the immigrant communities” and received a Citizenship and Immigration award.

Jonathan has been actively involved with various community volunteer activities. He served as a Director and then President of Charleswood Condominium Association, a Director with the Hong Kong Canada Business Association, and the founding president of Chinese Professionals and Entrepreneurs Association.  He also founded and continue to serve as President of the Canada-China Council for Cooperation and Development (CCCCD).  In 2001, Jonathan led the CCCCD in organizing the “West Canada Meets West China” - a successful international trade conference in Edmonton in the wake of the 911 event.

Jonathan has long been involved with community and social activities. He volunteered for charity organizations such as “Sign of Hope” and his own church. He coached or helped with kids’ sport events such as soccer and volleyball, and helped organize disaster relief events overseas, and for Fort McMurray.  In December 2017, he was awarded a Canada 150 year “Volunteer Services” Medallion.

Believing that public office is one of the highest forms of community service, Jonathan ran, respectfully, in 2000 federal and 2015 provincial elections.

Jonathan has been a resident in Edmonton-Whitemud for over 11 years.