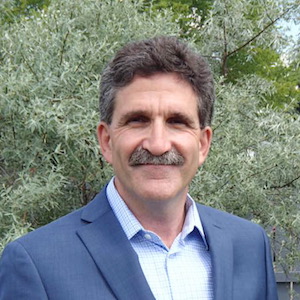 Glenn Andersen knows that a politician's number one job is to represent and serve their people. Through constant communication, open houses, and multiple meeting with diverse groups, he is engaging Lakeland residents to uncover their top issues. These are the issues he would bring to the Legislature. He is passionate about including people in the political process and bringing the focus back to what the people want.

Prior to his involvement in provincial politics, Glenn served as Mayor of St. Paul for 10 years. Under his leadership, the town underwent key infrastructure developments, built an enhanced healthcare and wellness centre to attract and retain doctors, enhanced the water treatment plant, secured $5.5 million in grants to upgrade the sewage treatment plant, and secured an improved home for FCSS and Parent Link.

Those who didn't know Glenn as Mayor may know him from his decade of coaching minor hockey and soccer. Glenn is President of the St.Paul Soccer Facility, and he was part of the small group that spearheaded a fundraising drive to buy and maintain land for the 14 pitches that now comprise the St. Paul Lions Soccer Field--arguably the top outdoor soccer facility in the Lakeland. Glenn's volunteering resume also includes over 30 years as a volunteer firefighter.

Glenn is a certified safety code officer, and has journeyman tickets in plumbing, gas fitting, and welding. For over 20 years (including during his time as mayor), Glenn has worked as the facilities operator for the St. Paul Education School Division.

Since 1984 Glenn has called the Lakeland area home. He and his wife Lorette have 2 grown children and 3 grandchildren. It's this next generation that drives Glenn to push for positive change. "I think we'd all like to leave the world a little better than we found it," he says.

Glenn Andersen is a proven, energetic leader with the fresh perspective needed to bring the Lakeland into its rightful place in the spotlight.