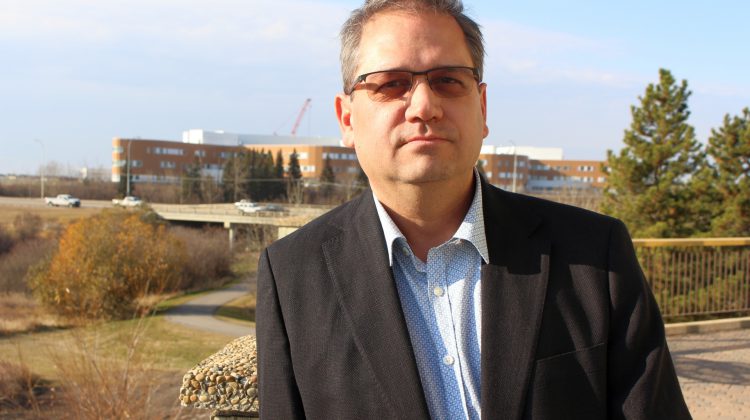 Our Shadow Minister for Arts, Film, and Digital Media, Grant Berg, comments on how provincial support of the film industry would result in a generous return on investment.

This was originally published in My Grand Prairie Now on August 15th, 2020.

Lifting the cap on future tax credits for the film industry could drive more opportunities for filmmakers. That’s the urging of Grande Prairie art gallery owner Grant Berg, who is asking the provincial government to make the move as the Alberta Party’s shadow critic for Arts, Film, and Digital Media.

Berg, who is an artist himself, says the current tax credit cap of $10 million per medium and large school production usually comes with a lengthy, month-long waiting period as applications are weighed to measure what will fit under that cap. He adds that the provincial government may be slow to move on the change because of what he believes is a lack of immediately tangible results.

“The money is there, and yes you can see it on the big screen or on TV… and it’s only my perception but I think the current government is very tangible, as they want something they can have a photo in front of,” Berg says.

Berg notes the government has recently been touting funding for “shovel ready” projects, and he suggests the film industry is as ready as can be.

“If you want projects that are ready to go, that can put people to work with three or four weeks’ notice, the film industry is absolutely one of them,” he says.

Berg adds a lot of people in the film and television industries are part of the growing gig economy, working from project to project and not working for one particular company specifically. He says it’s a recipe for success for both the government in future revenues and those in the industry.

“They don’t have the job, theoretically, that needs to power up again, or waiting on a specific employer… there are a lot of people out there that really need this work and could get put to work very quickly.”

According to the Canadian Media Producers Association, the most recent season of the Netflix show Wynonna Earp filmed in and around Calgary created $110.3 million in economic output to the province.