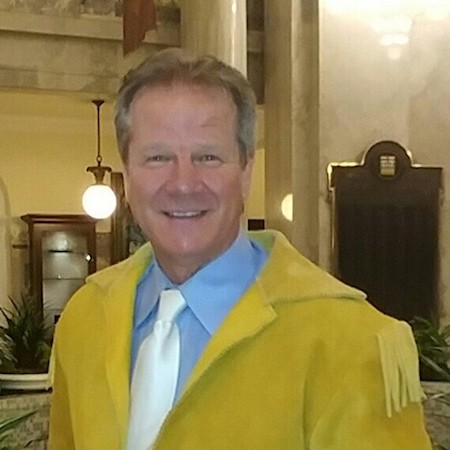 My name is Don McCargar and I am running as an Indigenous candidate for the Alberta Party in the 2019 Provincial elections in the Lac Ste Anne-Parkland riding.

One of the first questions I am asked is why I am running for the Alberta Party as an MLA. I have resided in the Edmonton,          St. Albert, Onoway, Lac Ste Anne and Parkland County areas for the past 58 years. I still live in Parkland County as of this date.

I had chosen to vote and support the Conservative Party all my life, sadly, expecting different results over the decades, I finally concluded that the Conservative party would not and does not meet my family’s needs. Hence, I supported the removal of the Conservative government in the last election. I believe many people in Alberta felt the same as I did.

With the forming of the new Alberta Party, I saw an opportunity for the people of Alberta to help form a party that would address the needs of our communities and of our families. In the up and coming 2019 election, I believe our experienced leader, Stephen Mandel, and his dedicated, responsible and caring candidates running to represent the people of Alberta will form the next government.

As candidates we bring to Alberta’s political landscape a deep and mature understanding of the social concerns, health needs, employment management and economic strategies required to bring Alberta back to its rightful place as a viable, strong, prosperous global partner.

As a candidate, my track record falls into several social and economic areas that have been part of my life and which I will draw
upon to provide the experience that will be needed to be a leader in the 2019 election. Some of my key strengths include:

1) Being raised in Edmonton and Lac Ste Anne areas/ Parkland over the last 60 years. I have personally witnessed and been part of the transformation of our communities over this time period.

2) My secondary education would consist of a 4-year NAIT program to become a certified Journeymen Carpenter from the age of 17 to 21 years of age.

3) I raised my children in Lac Ste Anne/Onoway area while running a cow and calf operation for 14 years, representing my agricultural background.

4) In addition to establishing my own construction and land development business from the age of twenty-one to the present time.

5) I furthered my career in other areas as a consultant and expert witness in Construction and Land Development.

6) I helped to create Case Law in Canada to protect the rights of land owners.

7) I worked with Municipal, Provincial and Federal Governments in all areas of Land Development and Indigenous relations.

8) I am currently representing a group of Trappers north of Fort McKay and south of Fort Chipewyan in relation to the Frontier proposed mine site by Teck, the largest proposed open mine site in the history of the Alberta Oilsands. I also represent these trappers regarding a proposed Wildland Provincial Park by the Alberta Government Land – Use Secretariat. The Wildland Provincial Park will be used as a buffer for the United Nations proposed Natural Park World Heritage Site of Wood Buffalo National Park.

9) I have been involved in Indigenous relations over the last 12 years, advancing Métis inherent rights under Section 35 of the Constitution and creating case law to support Métis People in Canada, which includes honouring the international commitments under the Jay Treaty Agreement.

10) I am the President of a non-profit organization called the Canadian Metis Harvesters Association.

11) I have provided written submissions to the Federal Government of Canada regarding protecting Canada from being assimilated by foreign interests.

12) I have traveled the world in relation to providing medical, education and other missionary supplies in such places as Canada, USA, Africa, China and Hong Kong. I have travelled through areas such as Israel, Jordan, Vietnam, Cambodia, Central America (Costa Rica, Panama, Honduras), the United Kingdom (England, Ireland, Scotland, Wales) and Europe (Holland, Germany, Italy, Switzerland, France, down to Greece, through the Mediterranean Sea and all the islands within, including Turkey).

13) These places have opened my eyes to the experiences of the world and provided me with firsthand knowledge and understanding of the importance of true leadership in advancing the well-being of all peoples.

I trust the information I provided today tells you why I believe strongly in the Alberta Party and the important role it will play in the 2019 elections and why I would like to be the next MLA for Lac Ste Anne-Parkland.

As an Albertan, I believe the individuality of the person and their valued time, treasure and talents are an important asset to any
political party. As the elected MLA, I would use all of my experience in representing each person within the riding. My voice will
become your voice.

In closing, thank you to all who have taken the time to read my presentation. I know each of you have thoughts on the right
direction you believe is best for all Albertans. I ask that you consider me the right choice for you and place your “X” next to my name and make Don McCargar your MLA for Lac Ste Anne-Parkland.

I would like to thank you in advance for your support. I look forward to speaking with you in the very near future. If you would like to be supportive in any other way, prior to the election day, please email me at [email protected]

Thank you for your time.
Don McCargar
Your MLA Alberta Party Candidate