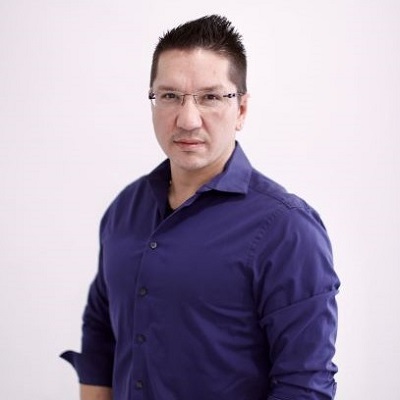 Dakota House hails from northern Alberta,  he has a successful career in acting, has written a well-received children’s book where he launched and did his first reading, at the royal provincial museums Alberta , Dakota’s passions include  facilitating keynote addresses and interactive workshops coast to coast to coast ,  Dakota’s family is from northern Alberta, however, Dakota grew up in an inner-city neighborhood in Edmonton and has also been traditionally adopted by several communities across the country  that he has worked with numerous nations .

Best known for his role as Tee Vee Tenia on the CBC Series “North of 60”, Dakota has starred in numerous feature films and made numerous guest star appearances in shows such as Heartland and the X-Files. Dakota is a dedicated father of 6, with over a decade of sobriety under his belt and has a background in Martial Arts. Dakota prides himself on being a strong role model for youth. For over two decades he has devoted much of his time to educating youth on motivation, self- esteem and making positive choices. He has traveled across Canada extensively, bringing hope and inspiration to youth through his Going Miles presentations, youth conferences, and other special events.