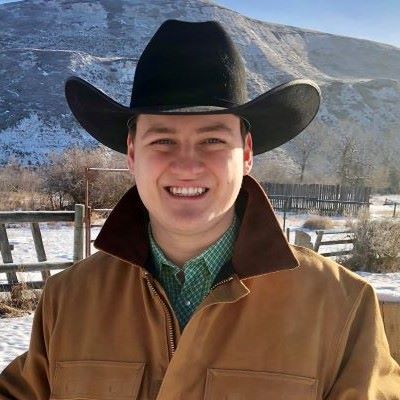 Chase grew up in the Wintering Hills area, south of Drumheller where his family has been ranching for over a century — having been raised and employed in the agriculture sector he has established a personal passion for rural development.  This passion motivated Chase to pursue a Management degree from the University of Alberta with a major in Business Economics. While attending university, he became very involved in the Alberta Party as he identifies with the Party’s vision for the future of Alberta. Chase notes, “Albertans are frustrated. The lack of transparency and fiscal responsibility present in the government has created the desire for change.” That change is going to come, and he believes that the Alberta Party’s values align with that of his fellow constituents.

Growing up in rural Alberta Chase has volunteered his time to; coach special Olympians in sports activities; taken a leadership role as a member of the ‘Citizens Advisory Committee’; acted as a liaison between youth and local RCMP; and active mentorship roles for community youth.  Also, he has been a competitive curler and enjoys skiing and kayaking.

As a strong believer in Albertans he knows that if given the opportunity, Albertans will prosper. Our province was built upon the hard work of risk takers and pioneers. This entrepreneurial spirit lives within us to this day. As an MLA, he will champion the rights of small business owners and advocate for our budding entrepreneurs, both in urban and rural areas.

To diversify our province, we must invest in people and give them the opportunity to establish themselves in varied industries, especially value-added products, whether it be agricultural or otherwise. Alberta’s agriculture industry needs the attention and support of the government.

Often, he hears members of the industry repeat the need for increased youth. However, nothing is done to provide incentives. Soaring land prices, insufficient aid, and unstable markets, especially in the cattle industry, has created an astronomical barrier to entry for our youth. A career in agriculture requires sacrifice and passion.  Chase strongly believes there is a civic duty to respect and honour this sacrifice by properly supporting the industry. This not only entails increased communication with industry leaders, but following those talks with real, effective, and innovative action which will continue to position us for success well into the future.

It’s very apparent that Albertans want change and Chase promises to bring the transparent, responsible, and honest change, people are looking for. As a Member of the Legislative Assembly, he would take great pride in representing the interests of the agriculture industry as well as championing rural development across our province.

And finally, he truly enjoys a good strong cup of coffee and great conversation!